Difference Between A Stereo Receiver and an AV Receiver

Different folks fall under a certain category of audio system shoppers. The first group is that which does not put too much consideration the specific details, specifics and details attached to a given audio system. The second category of shoppers flocking the market is that which who before visiting a home theater shop will take the time to research through the available. They will dive in researching the process undertaken by the components of the home theater system while delivering the results. The final category is the group that lies in the middle of the, and is comprised of the majority.

Shoppers also differ in terms of those interested in a pre-packaged audio system and the group which assembles their own audio system. The big difference between these two shoppers is the quality of sound delivered depending on the size of the room. While the pre-packaged system mostly doesn’t meet the high-quality sound required for a large room, those shoppers with the required technical skills can assemble a receiver or an amplifier, sound source device and the speakers which in the long run achieves them their desired sound quality for their large rooms.

Depending on one’s preferences and budget there are many things to consider when choosing the best audio equipment system for your place whether small room or your spacious room. For those with the required techniques to assemble a home stereo system from the separate components acquired they need put much consideration as to whether to choose an AV receiver over a stereo receiver or a stereo receiver over an AV receiver.

Understanding an amplifier and a receiver 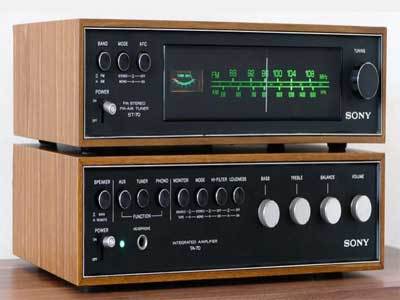 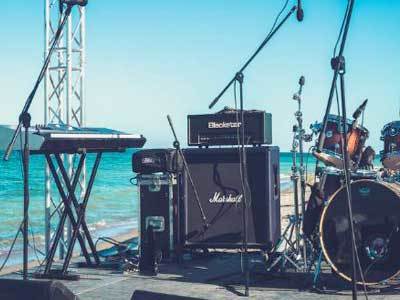 A receiver or an amplifier is the component in a home audio stereo system that connects and controls the content from the various sources and also the speakers. While a receiver has the ability to collect audio signals, process the signals received, and finally boost the signals to the speakers, it as well gives a transit path for video to either a projector or a TV set. An amplifier on the other hand only has the ability to receive, process and amplify the audio signal received to various speakers.

This article has specialized in informing a prospective audio system buyer the difference between a stereo receiver and an AV receiver in terms of quality of sound produced, music played by these components among other things.

Have you ever wondered whether to choose an amplifier or a receiver as your preferred component for a suitable audio equipment system for sound quality? Well we have done a research and after the information provided here you will be able to make a sound conclusion between the two.

Before making a decision, here is some crucial information about the two. An amplifier converts low voltage audio signal from a source equipment into a signal with enough ability to power a pair of sound speakers. The amplifier acts as both as a preamplifier and a power amplifier. As a preamplifier, it first assembles and selects several audio inputs before choosing the best level of gain required. As a power amplifier it heavily lifts the signals and boosts them with the gain to power speakers. A receiver is both a preamplifier and an amplifier combined with other features such as the volume controls, tone control, sound or signal source selection, etc.

Although a receiver is an all-in-one device that both saves your money and space, it has does not give you control over the quality of the amplifier. A receiver cannot also make systematic upgrades. With this con attached to the receiver, this grants a stereo amplifier the throne of playing a better sound generally hence the best in sound quality. 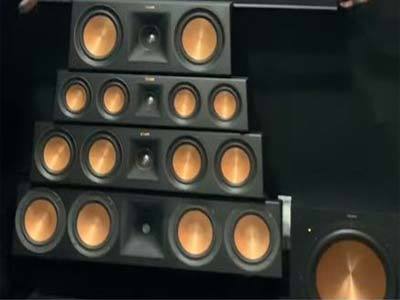 A stereo receiver is built such that it can only handle audio signals. Most stereo receivers are usually manufactured with volume control knobs, input selection knobs as well as radio turners. Although a stereo receiver possesses in built amplifiers it only has two channels, that is, two right and left channels. The enthusiasts and audiophiles often consider a stereo receiver to be more than an equipment for playing music.

Although not all AV receivers have in-built amplifiers, they act as the best channel for linking the gap that is between your speakers and media devices while avoiding the need to install several gadgets.

Differences between a stereo receiver and an AV receiver

The major differences between a stereo receiver and an AV receiver in terms of the design and overall findings are as follows: 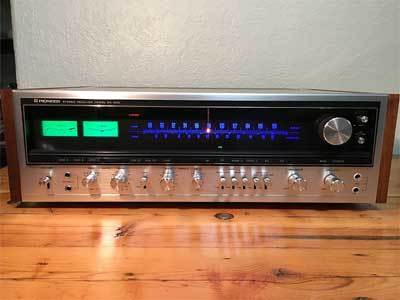 Various companies have put the various components together to come up with a stereo receiver that will meet all the customers expectation. Although that has not come pass, various key players have come up with stereo systems that have been rated based on the best feature. To best guide shoppers, this article has highlighted the best rating based on the price, voice control, overall best, WRAT among others. The overview is as follows:

Sony Stereo Receiver allows one to enjoy audios at the comfort of their room. It features four stereo RCA audio inputs, a FM radio and the design are of low profile

Sony 2 Channel Stereo Receiver is featured by 2 channels and 5 analog audio inputs. It also has an auto standby on top of an AM/FM tuner.

Onkyo  2channel Stereo Receiver features that make it produce the great benefits are its phono input, an independent treble, bass and balance controls as well as 5 audio inputs and a single audio output.

Yamaha  Stereo Receiver are easy to access the voice control of your device using a mere alexa device made with a simple design. It has phono input terminal.

Pioneer Receiver  is best characterized with design of direct energy that is easily compatible with Bluetooth. It also has channels of 85W each and allows for automatic tuning. 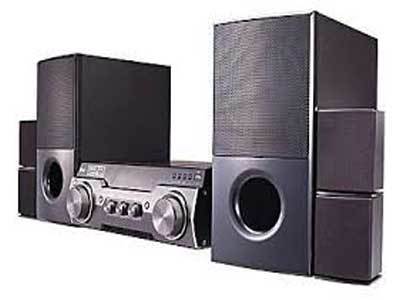 At the helm of the most impressive home theater system, there is most definitely an up to standard receiver that suits your needs. For the best AV receiver, the sound output should definitely deliver a brilliantly mighty sound as well as deliver the awe-inspiring visuals to your TV.

For the folks with interest in watching videos and movies, gaming and listening to music, the concept of AV receivers is usually at their fingertips. Digitaltrends ranks the Anthem MRX 1120 as the best overall AV receiver in the general market. It has also gone ahead to rank the AV receivers based on amplifiers, TV/Movie viewing among others. The compiled list are as follows

Anthem MRX 1120  scoops the overall best receiver due to the fantastic sound it produces. The device is characterized by clean power and offers the software for room-correction on top of other state-of-the-art features

Sony STR-DH590 is the best ranked for being pocket friendly. Although the device is cheap, Sony has created a device that incorporates all the features available in other expensive devices.

The Yamaha RX-A680BL incorporates a one-of-a-kind phono input in addition to an array of contemporary features such as the HDR, Dolby, 4K, Atmos as well as streaming appliances. This device best suits customers interested in AV that best delivers a great video and audio output while incorporating the latest characteristics.

The Denon AVR-X3700H is a combination of high performing, powerful and long-lasting device that brings out a gigantic home theater system. This AV receiver is modern and has an 8K-future.

Here is a summary of why you need an AV receiver. It acts as the backbone of the home theater system where it is responsible for performing a wide array of vital functions. These vital functions include interchanging video and audio components, decoding the sound formats surround your DVD device as well as driving the speakers. Hence, if your interest majorly lies on achieving a sound surround of high quality then it is advised that you go for an AV receiver of a similarly high-quality.

A stereo receiver on the other hand will be best suited for a situation where your interest entirely lies on music only. As pointed out earlier, a stereo receiver is best designed for music. In a case where you want a receiver for the sound surrounding your home theater system then the AV receiver satisfies your need for both music and home theater.

When shopping for a home theater system for your house keep in mind the size of your room, your budget, your interest in terms of the sound quality, musical experience and the number of wires involved in delivering.

How to Connect a Subwoofer to the Receiver Without Subwoofer Output?

How to Wire Outdoor Speakers to a Receiver (2022)

How to Match a Car Subwoofer and Amplifiers

How to Upgrade Your Car Audio System

How to Connect a Subwoofer to the Receiver Without Subwoofer Output? (2022)

I'm Joe Carrow, a specialist in Automobile audio systems. I have more than 10+ years of working experience in these relevant areas. Always I research and love to learn new things. I publish my research knowledge regularly, So, if you are concerned about your vehicle's audio/sound system or musical instruments, I suggest you checking outdoorsumo.com! Thank you.